Broughton House Veterans watched in delight from inside the Stoller Wing as pupils of The Heys School in Prestwich showed them poppy wreaths they have prepared for Remembrance Week.

The wreaths have now been laid at the Prestwich cenotaph in honour of all those who have sadly lost their lives serving in Her Majesty’s Armed Forces.

Broughton House has been supported by The Heys School through a series of fundraising events over recent years. During the first lockdown, pupils raised residents’ spirits by writing letters to them in a pen-pal initiative. This prompted a response from Broughton House resident Joan, who wrote back to her pen-pal thanking them for their kindness in taking the time to reach our during lockdown.

“We are incredibly grateful for the continued support of The Heys School, our residents love seeing them and hearing about what they’ve been up to.”

“We look forward to showing students the first phase of our redevelopment when Government Guidelines allow.” 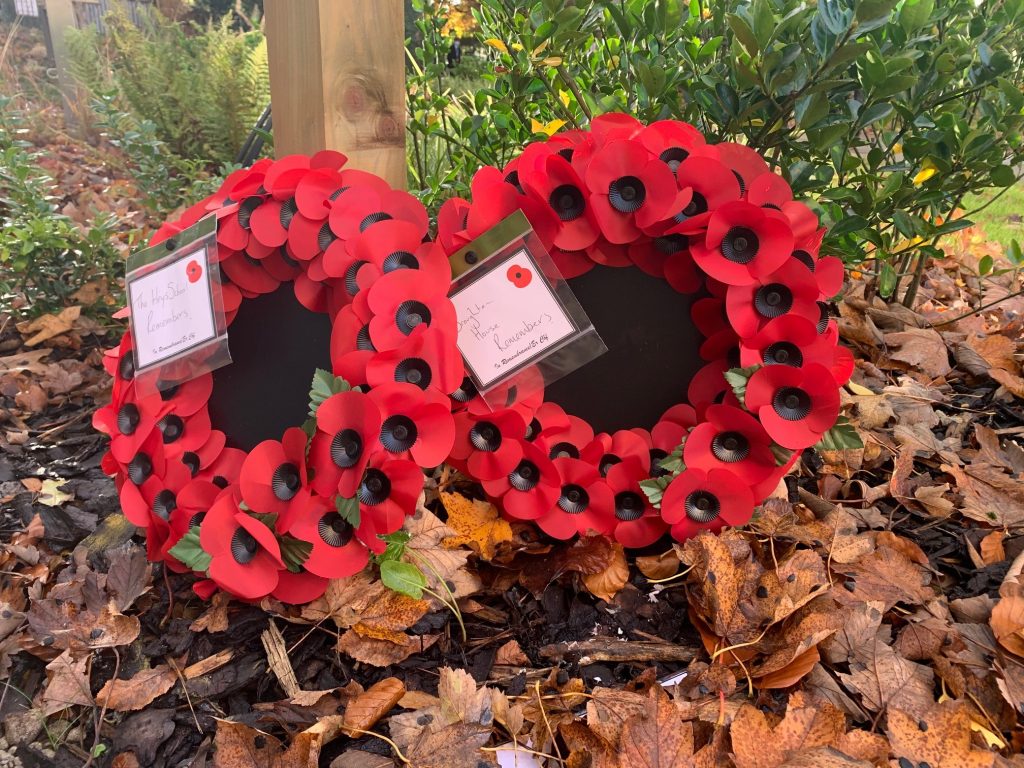 Broughton House has been supported by the community since prior to it opening in 1916 to provide accommodation to the thousands of injured soldiers returning from World War 1. Due to the lack of available funding at the time, a public appeal was launched with a letter placed in local newspapers to raise the money to open the home for the troops. Within one month, £20,000 had been raised, with the appeal eventually raising £100,000, enough to open 5 homes.