The dedicated Broughton House team work together to ensure we make the best possible use of our funds and resources to deliver the best quality of life to our veterans. 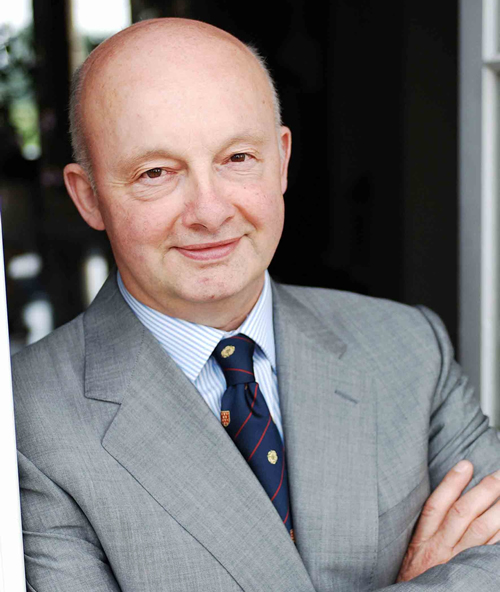 Regeneration is a passion and a thread running throughout his business and public life. His voluntary activities have been focused on social exclusion and the arts as a driver for regeneration.

Sir Warren Smith is President of the Council of St John, Honorary Colonel of the Greater Manchester Army Cadet Force and Chairman of Salford Lads’ and Girls’ Club. His passion for the armed forces led him to become President of Broughton House in 2008.

The Lord-Lieutenant is an active supporter of the charity and regularly visits as well as supporting the team at events across the region. 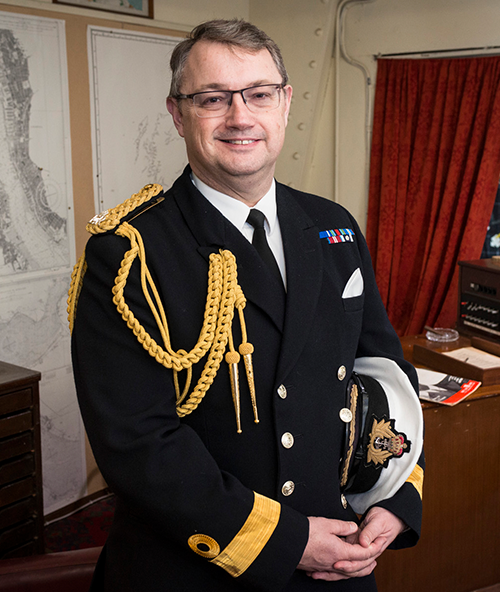 Commodore Phil Waterhouse is the Naval Regional Commander for Northern England and the Isle of Man with the specific task of ensuring that the Royal Navy is understood, respected and valued by the community which it serves.

His Royal Navy career has spanned a range of leadership, operational delivery and strategy posts, at sea and ashore, including command of the Defence Maritime Logistics School, Commander Logistics HMS BULWARK, Deputy Naval Base Commander Devonport and the Captain HMS DRAKE. His appointments have required a flair for problem solving, change management and balancing resources to meet challenging targets.

Zoe a Chartered Accountant, is a PwC Partner where she has worked for the last 14 years. She specialises in financing public sector infrastructure with a particular focus on health and social care.

For Zoe it was the combination of the exciting Veteran Care Village project that attracted her to joining Broughton House as well as the unique brand that Broughton House has across Manchester and Salford. Zoe is also a Magistrate, sitting on the Greater Manchester bench for the last 12 years.

Russ Miller took up his current post as Army Commander, HQ North West in August 2018, responsible for the Army in its base locations across the region. He is currently the Joint Military Commander (North West), providing a range of military support to the civil authorities during the COVID-19 pandemic.

As a junior officer, he completed tours of duty with the Royal Marines and as an imagery analyst in the UK and Northern Ireland, going on to complete further operational tours of Northern Ireland and the Former Yugoslavia.

Russ later served in the MOD, on exchange in Ottawa, Canada, and on Loan Service in Sierra Leone as Director Defence Intelligence and Security. He then attended Advanced Command and Staff College, before taking Command of a joint intelligence unit committed to operations in both Afghanistan and Iraq. He deployed to Kabul during 2011 and was subsequently the Chief of Staff of the Joint Terrorism Assessment Centre during the 2012 London Olympics. He served in the Army Headquarters on promotion to Colonel, then as Director Joint Intelligence Operations Centre, deploying again to the Middle East in 2016.

Bill is a Chartered Accountant who was a Partner at KPMG for over 20 years. Bill specialised in advising the Public Sector on large capital projects such as the 2012 Olympics, the 2002 Commonwealth Games and the building and funding of the new Wembley Stadium.
Since 2013 Bill has been the Chief Investment Officer for the Greater Manchester Combined Authority where he oversees £750 million of investment funds.

Sharon is presently the Regional Director of Clinical Services of BMI Healthcare, responsible for ensuring clinical, professional and leadership development across all hospital sites within her designated area of responsibility. Sharon has a wealth of experience of delivering best practice and clinical governance, and was awarded the Laing & Buisson award for “Outstanding Contribution to Independent Health Care”. Her roles have included advising stakeholders in relation to clinical and associated implications of new services, joint ventures and capital developments, and she was the clinical lead for the largest NHS contract awarded by the Department of Health.

Sharon deployed to Iraq in 2004 as an Army Senior Nursing officer, responsible for the infection control ward. She subsequently served in Afghanistan leading a multi-national team delivering first-class care for patients in the busiest trauma hospital in the world. Sharon was subsequently awarded the Associate of the Royal Red Cross – the highest award bestowed on a nurse. Sharon further deployed to Sierra Leone in 2015 as the MOD assurance lead for the Ebola crisis.

Sharon is the Vice Chair of Broughton House’s Clinical Care and Governance Committee.

Phil Loynes joined the Royal Marines in 1977 and served in a variety of operational command and staff appointments in Northern Ireland, Norway, Hong Kong and the Baltic States, before transferring to the Royal Marines Reserve in 1997 and qualifying as a commercial lawyer with the international law firm DLA Piper.

He specialised in Defence procurement and Hospital infrastructure projects, and was subsequently seconded by DLA Piper to their affiliated law firm in Riyadh, Saudi Arabia, advising on foreign investment, joint ventures, acquisitions and commercial contracts and transactions. He continues to practice as a legal consultant in the Middle East.

Over the years Edith has given a significant amount of her time to the community and to a number of different charities and organisations. She worked as a counsellor with the Citizens Advice Bureau, treasurer for the NSPCC, a committee member of the North West War Pensions Committee, chairman of Heart Research, Greater Manchester and a committee member of Christie Against Cancer. Edith’s passion has been the Greater Manchester Branch of the British Red Cross after joining in 1978.

In 2000 Edith was honoured by Her Majesty The Queen when she was awarded the OBE for services to The Greater Manchester Red Cross.

Peter Curtis has nearly 30 years’ experience in the healthcare sector and is the most recent addition to our board of trustees. Having previously held positions of leadership at Gracewell Healthcare, Forest Healthcare, The Portland Hospital for Women and Children, Capio Healthcare (UK) and BUPA, he is currently the managing director of Ellern Mede, a specialist eating disorder hospital group. This range of positions he’s had within the sector means that Peter brings a wealth of knowledge and experience along with him to Broughton House.

Peter served in the RAF between 1984 and 1992, where he was stationed in Germany for four years during the first Gulf War. Here, Peter took part in the British contribution to the war, Operation Granby, as an air defence pilot in the Eastern Mediterranean. 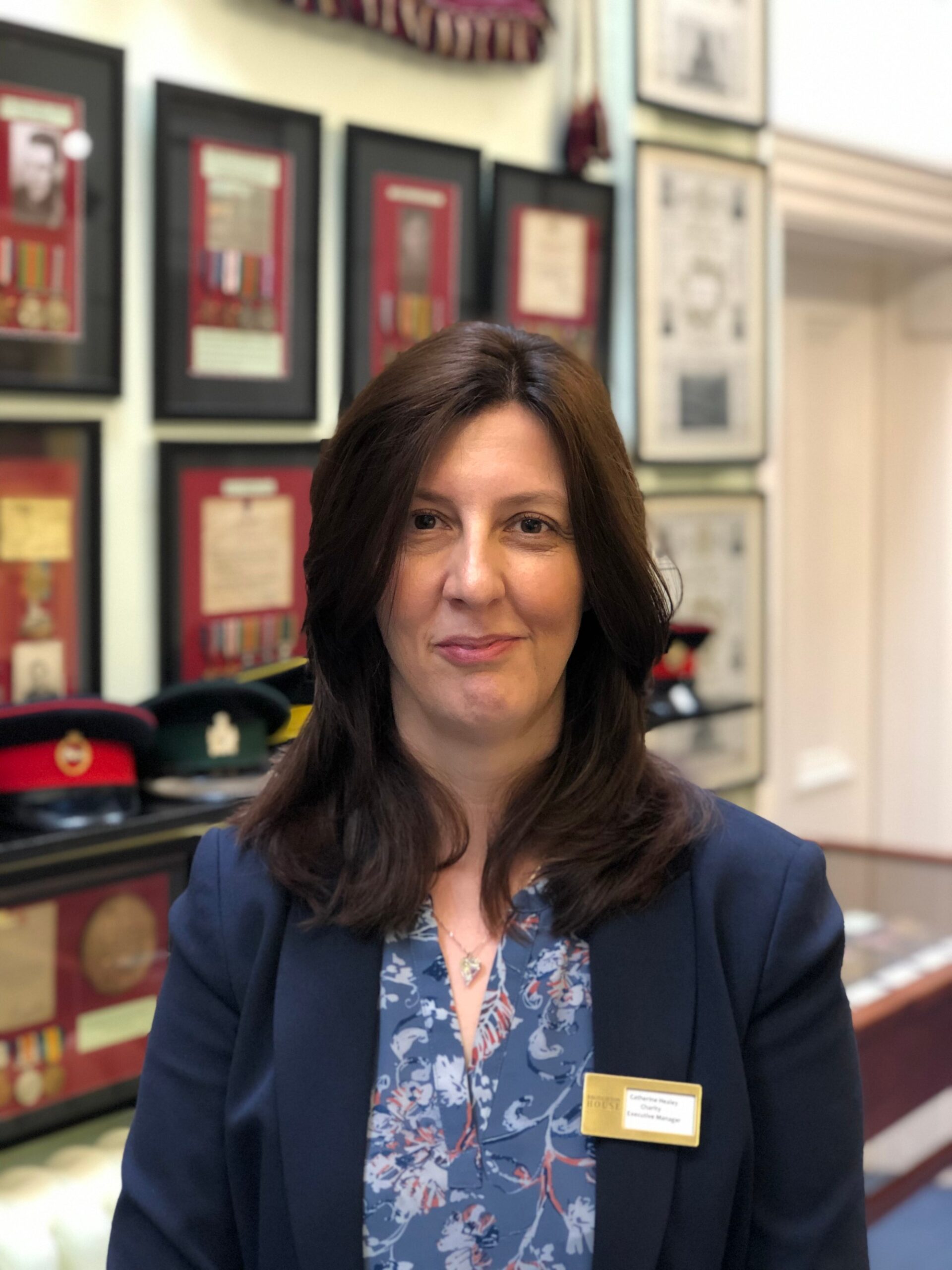