Broughton House Resident; from 11th May 2018

Brought up; Newlyn, Cornwall, then moved to Plymouth in 1940 where her Father worked for the Royal Navy. Joan met her future husband Albert, who was serving in the Royal Marines, at a dance in Plymouth before she was called up for war service. 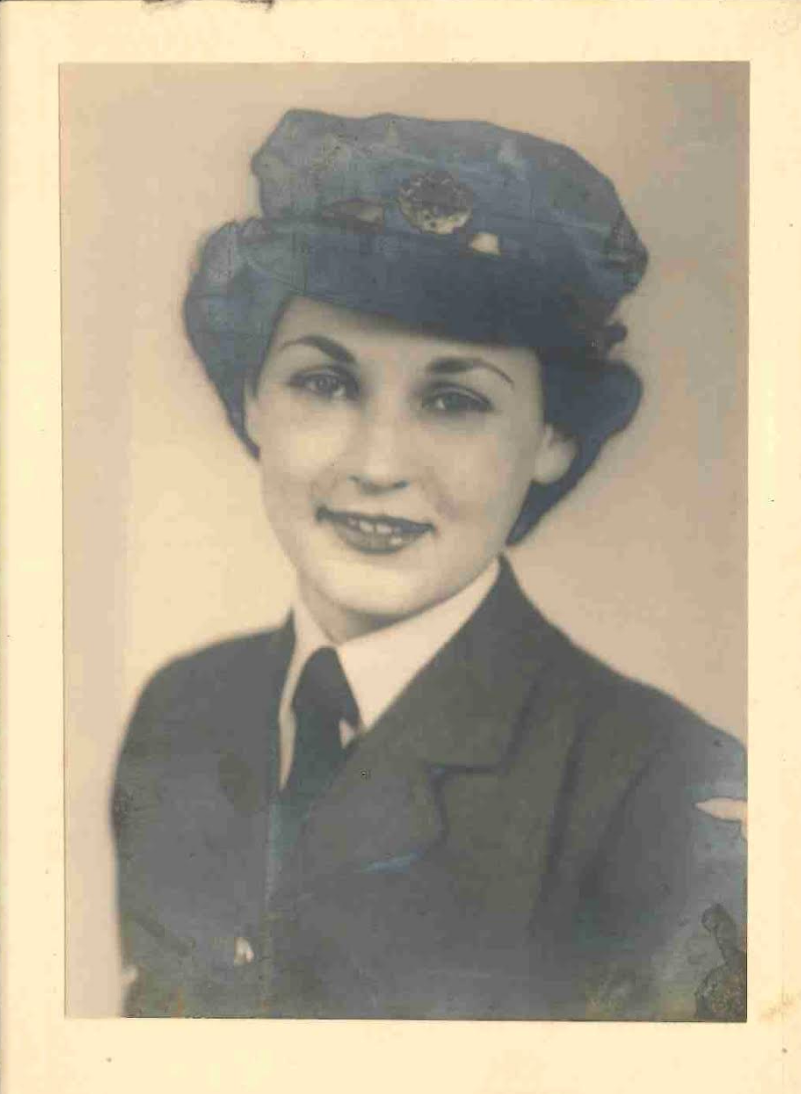 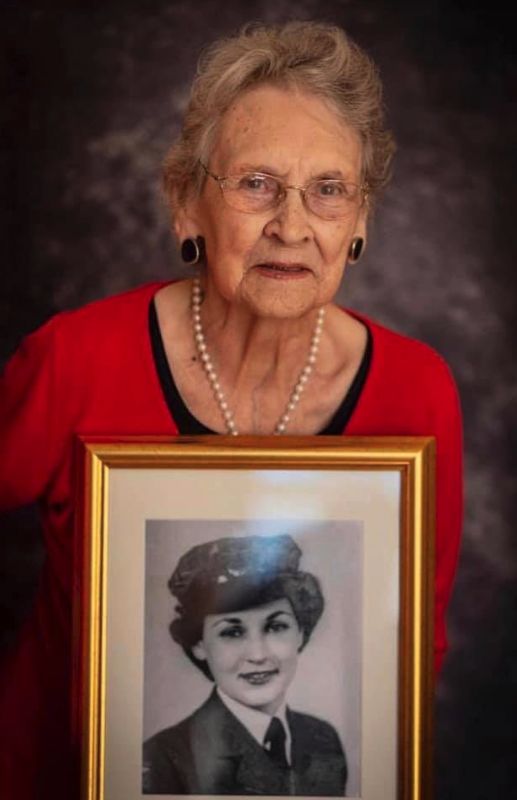 Enlisted; 1943 in the Women‘s Auxiliary Air Force aged 18, after Conscription was introduced for Women in 1941. Her Father wanted her to join the Wrens but Joan did not like the uniform.

Training; No 4. Recruit Training Centre, RAF Wilmslow, then as a Teleprinter Operator.

War Service in RAF Signals Command;
RAF Cranwell, Lincolnshire. During WW2 the RAF College was closed and it became a Flying Training School to meet the need for vast numbers of wartime Aircrew.

RAF Portreath, on the North Coast of Cornwall. A wartime airfield used in 1944/45 as a staging post for aircraft flying to North Africa and the Mediterranean war zones also as a base for Maritime Patrol aircraft. Flying ops. ceased shortly after the war in Europe ended. Joan always remembered her uncomfortable journey to the airfield along narrow lanes and over barren moorland. She was badly injured whilst stationed there when a bus, in which she was a passenger, collided with a tree.

RAF Harrowbeer, near Yelverton in Devon. A Fighter Command airfield, built in 1940 to defend Plymouth from air attack. Later, in 1944, fighter bomber squadrons flying North American Mustangs, Hawker Typhoons and Westland Whirlwinds were based there in the build up to D–Day. After the successful invasion of France, the Station was little used and flying operations ceased altogether after VE Day.

The GPO provided all the teleprinters used by Joan. They were very noisy and made her deaf in the left ear. Before D–Day she was employed sending messages to secret agents in France. Joan clearly remembers being billeted in cold and draughty Nissen Huts.
Joan never flew in an aeroplane, neither RAF or Civil.

Postwar; Joan was demobilised later in 1945. Then she came to live in Salford where her husband had been brought up and where he resumed working in the family tailoring business, H.A. Jones on Market St. in Central Manchester

Family; Joan and Albert had two Daughters; Susan and Olwen.