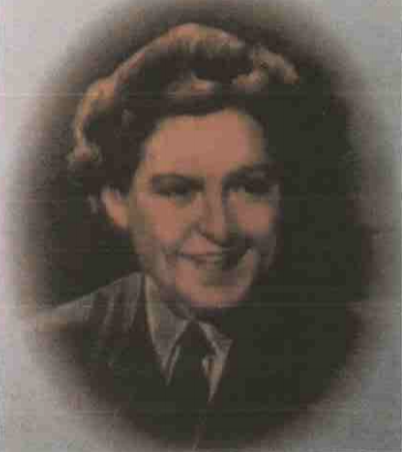 Worked in a factory making insulated cables in Blackley (Collinsons?, now BT) until her home was destroyed during the air raids of 1940/41 and when her best friend, a German National, was interned she volunteered for the Women‘s Auxiliary Air Force (WAAF)
Service History;
Initially worked on Barrage Balloons in Warrington, filling them with gas from cylinders. On land owned by George Woodcock a professional cricketer.

1942 posted to; No 10 Air Gunnery School, RAF Walney Island, near Barrow in Furness, where Ethel retrained as an Aircraft Fitter (Airframes) and was responsible for the maintenance of the Wings, Undercarriage and Tailplanes of the Avro Anson light bomber.
Reposted to somewhere on the North Sea Coast of Scotland where Operations to Norway and the North Atlantic were mounted.
Medals;
1939/45 Star
War Medal 1939/45

Postwar; Returned to Salford to looked after her sick Father and raise a Family